In our last exploration of the way we share our stories (Telling Our Stories: Cavemen to Kodak) we reached the invention of photos, and their imporatance in capturing mankind in way that had never been possible before.

And so we pick up our journey again, way back in the early days of photography. Portraits, family snaps, photo journalism all became popular, and with the invention of the Box Brownie, was suddenly in the hands of ordinary people all over the world.

At this time a new way of sharing photographs began to emerge. The slideshow.

Even though the idea of a slideshow (an image projected on the wall by light) had been around since the 17th century, it was in the 1850s that the Langenheim brothers began to experiment with putting photographic negatives onto pieces of glass. The brothers then used a magic lantern (an early version of a projector) to project their travel photography slides.

But it was the invention of the Kodak slide projector, and 35mm slides that vastly increased the popularity of the slideshow. Initially this was mainly for business and public exhibition purposes, but after World War II interest in slide projectors and colour film exploded. Families took slides of their travels with them to visit friends, and the "slideshow night" began.

Today, the idea of sitting around a room going through all the holiday photos of your friends might seem like a foreign concept, but for over 40 years this was the most common way of sharing your photos (and holiday stories) with friends and family. Slideshows only declined when the printing of photographs became affordable, fast and preferred by families.

It was often said growing up in my house that, in the event of a fire, the first and only thing we should take are the photo albums. Now our photos are on our hard drives, or in the cloud. But for many years, photographs would get printed, put into an album and there they would stay, the albums brought out at family gatherings, or when new boyfriends/girlfriends came home to meet the parents. The negatives would long ago be lost, and so the old photo albums were (and still are) a treasured and irreplaceable object and piece of history. Even the process of assembling the albums was an important part - taking photos from a shoebox and laying them out in chronological order, reliving each memory with each placement.

Although the invention of the photo album is in fact as old as the photograph itself, when photography gained popularity on a mass scale, so too did the photo album, with the layout of each album changing to move with the times/style of photo. For most of last century, photo albums were often the single most treasured possession in a household. And for the most part, they still are.

The advent of the digital photo is in fact so recent, that most people who where born in the 20th century - so anyone over the age of 15 - would remember taking their roll of film to the photo shop, and waiting to get them printed. And until the moment when you opened the packet, with bated breath, you didn't know which of your photos were going to work out, and which ones weren't. There was no screen, there were no retakes. Bad photos just didn't make it into the album.

It's amazing to think that in a little over 15 years, the whole photo industry has changed so radically. Our point and shoot cameras can take hundreds of photos, and each can be viewed and veted instantly. Even our phones have cameras, some of which are so good we don't even need a second camera anymore. And as we don't need to print out our photos to see them, we are not making albums the way we used to. Which is, I guess, why photo books are still so important. A way of assembling all our favourite memories in a story, so we can relive them, in the real world with our friends and family.

If we have learned anything on this journey, it's that human beings love to share their stories with one another. So although the invention of social media seems to have revolutionised the sharing of photos and stories, really all it has done was harness a power that was already there, and had always been there. The instant nature of our ability to share now is unparalled - Facebook, Twitter, Instagram and whatever is the next big thing, vying with each other to get us to share our lives with them. It seems a million miles from days gone by, waiting for weeks, if not months for a letter. Now we know what everyone is doing all over world in real time. And while not every photo is special, it does make me wonder whether the sheer volume of information, and the fast turn over of what's relevant or important at any one time, has rendered the shelf life of an online photo or memory as unfairly short. We upload our holiday photos, they get maybe a day of attention, and then it's onto the next person's story. Don't our photos, our memories deserve more than that? Look at all your Facebook albums, stretching back up to 8 years. How often do you look at your old photos? How often do you share them with your friends and family? Maybe by making things easier, we've made them less special.


I sometimes think about those people back in the 14th century, writing their letters. I wonder if they ever imagined someone would be reading them hundreds of years later? Or when your grandparents posed for photos 60 years ago, whether they realised how important those photos would be to their grandchildren. Our memories, our stories are important. And sharing those stories is a part of treasuring them.

We have been on a long journey, and we are at a time now where we can have the best of both worlds. Share photos instantly, with people all over the world. Or where we can put all our special photos in a book, which we can make in our own home, and have delivered to us. A book that we can then share with our loved ones for years to come.

However we choose to tell our stories, one thing is clear. That we'll keep on telling them. Forever.

Have you tried our other products?

OUR PRODUCT RANGE IS BIGGER AND BETTER THAN EVER 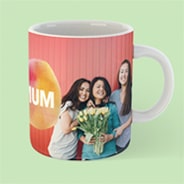 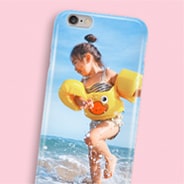 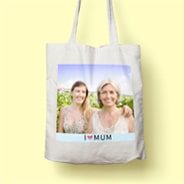 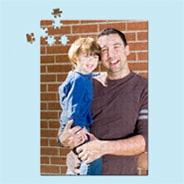 ALBUMWORKS HAS A RANGE OF GIFT IDEAS, PERFECT FOR ALL MOMENTS IN LIFE - NO MATTER HOW BIG OR SMALL. EXPLORE THE NEW GIFT RANGE TODAY.

DON’T WANT TO MISS OUT? YOU DON’T HAVE TO! SIGN UP TO RECEIVE OUR NEWSLETTER,
EXCLUSIVE OFFERS AND PROMOTIONS. GUARANTEED GREAT DEALS ON PHOTO BOOKS!